A rear hub/wheel bearing on the GP. 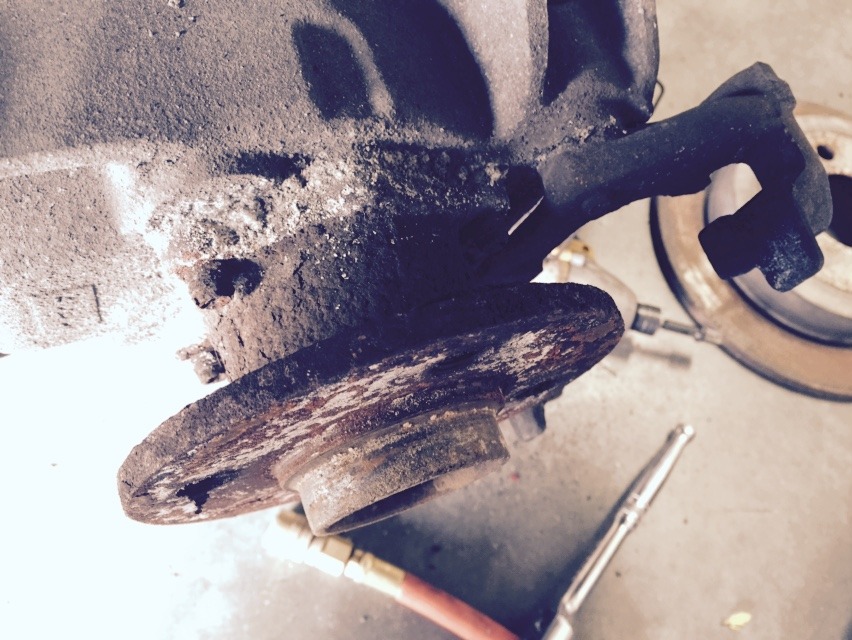 The brake wire is corroded so solidly into the caliper, it will not budge, no matter how hard you pry/pull. 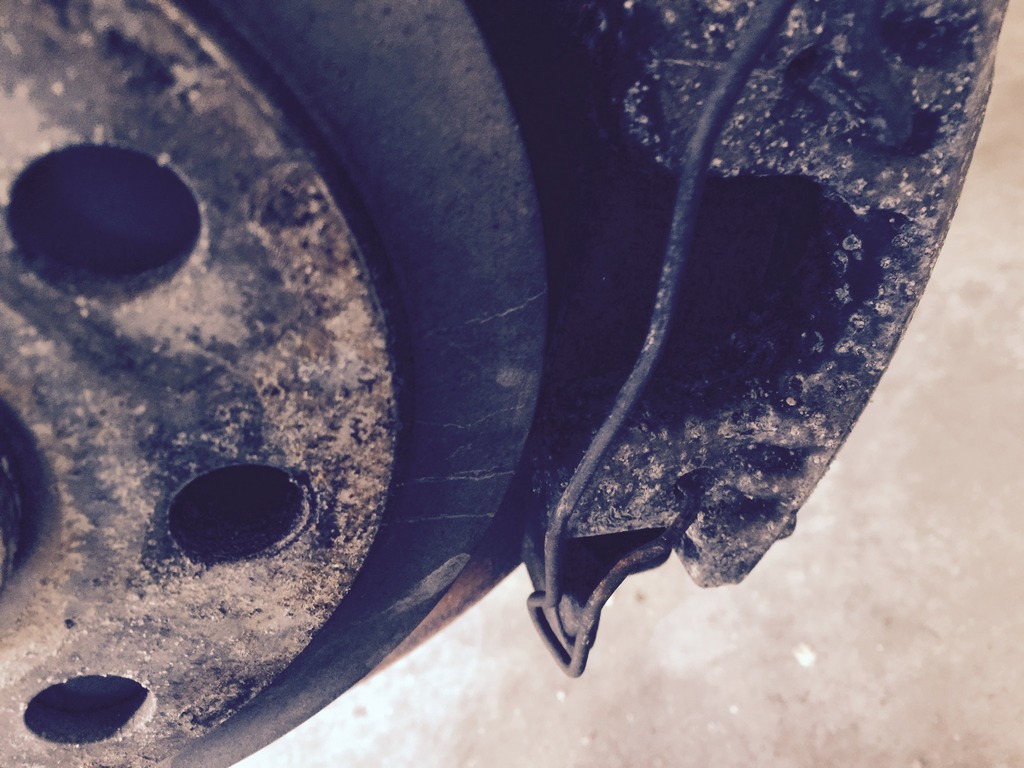 It took all day to get the rear trailing arms off the car and stripped of hardware, everything was so corroded and rusted. 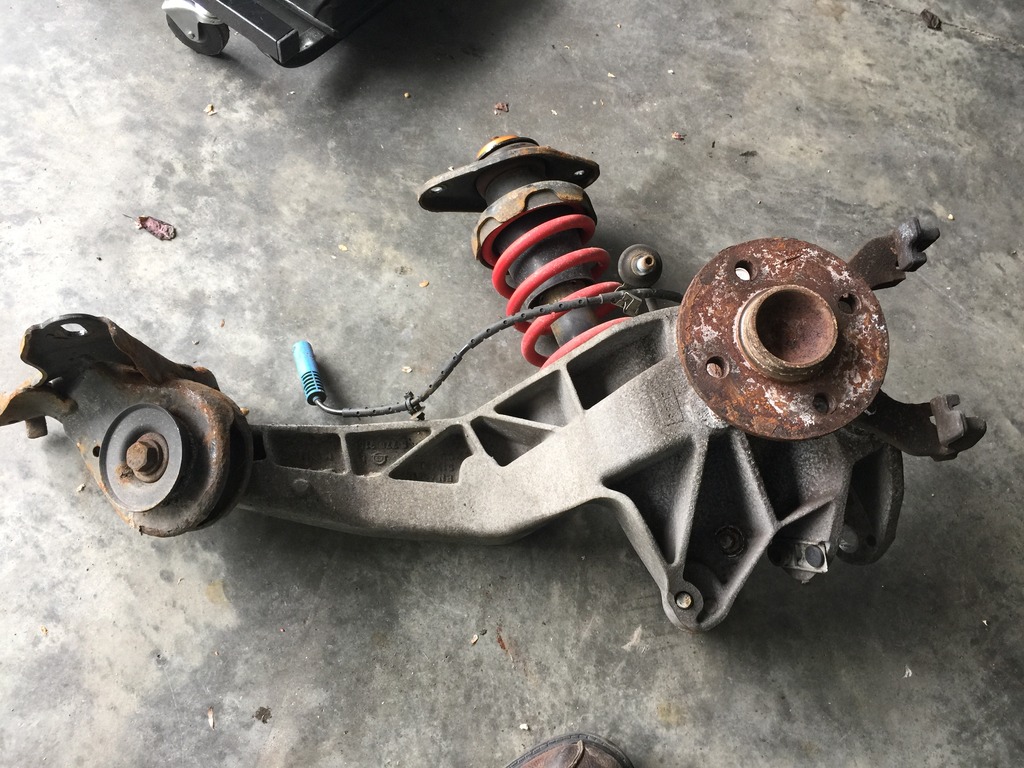 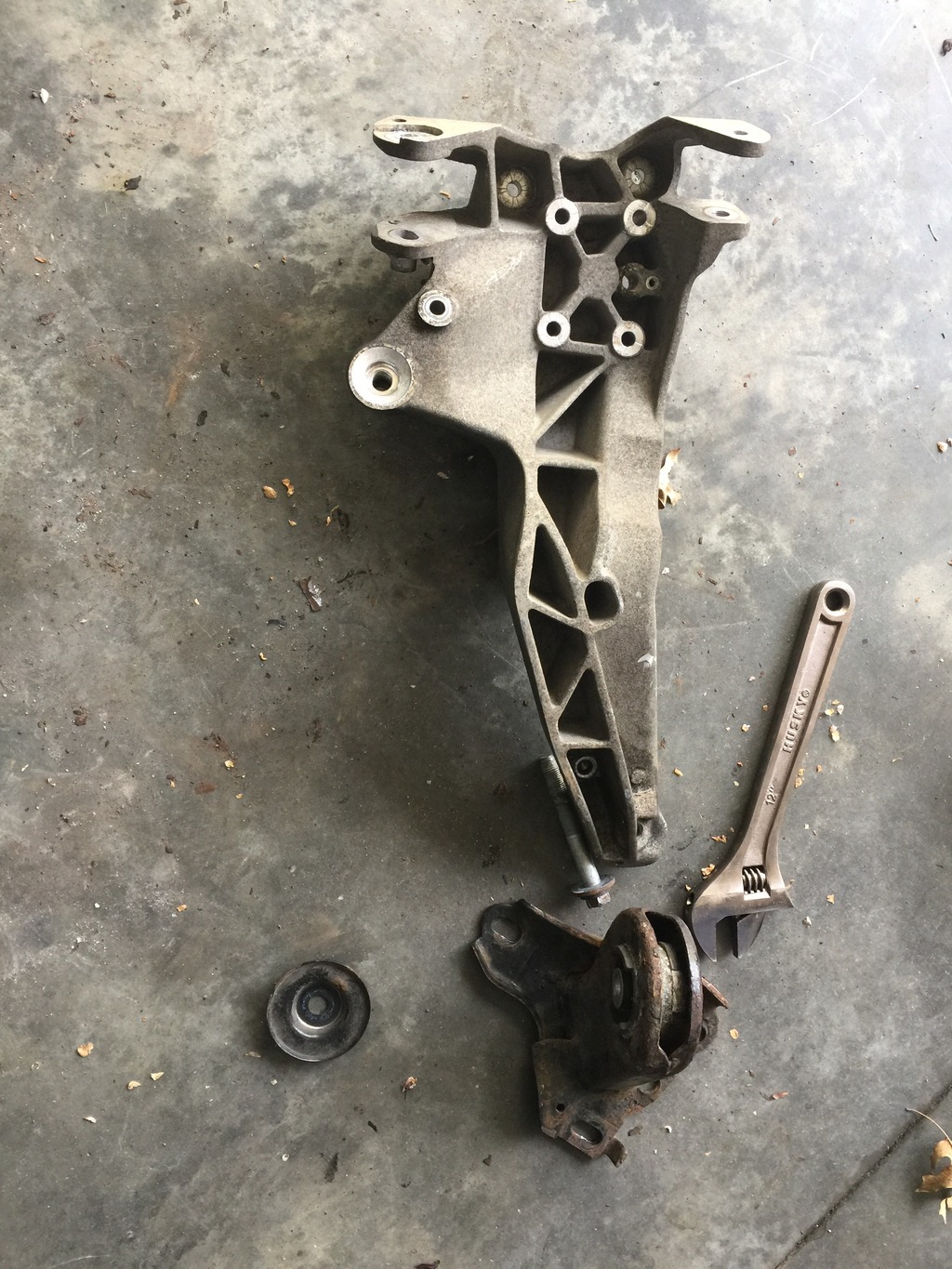 Took almost two hours just to get the pivot off the first arm. The bolt was quite seized in the arm. Took some threads with it, but left enough to be usable.

The second arm, on the other hand…

After breaking one tool, I finally sheared the bolt off. And that’s a big strong bolt.
Bolt was galvanically corroded / welded into the arm. Forever.
Because someone thought it was a good idea to use steel bolts directly threaded into aluminum arms, instead of spending a few extra bucks and adding steel inserts for the pivot and shock mount bolts.

I have a buddy who will drill this out and install a helicoil, like it should have been built at the factory. While he’s at it, I’ll have him do the other three holes, too.

So, what I expected to be a few hours Saturday AM, ended up taking all day and not even yielding parts I can use without sending them off for more work. Frustrating.

Today, I finally got to what should have been yesterday’s project. Taking the car half apart again. 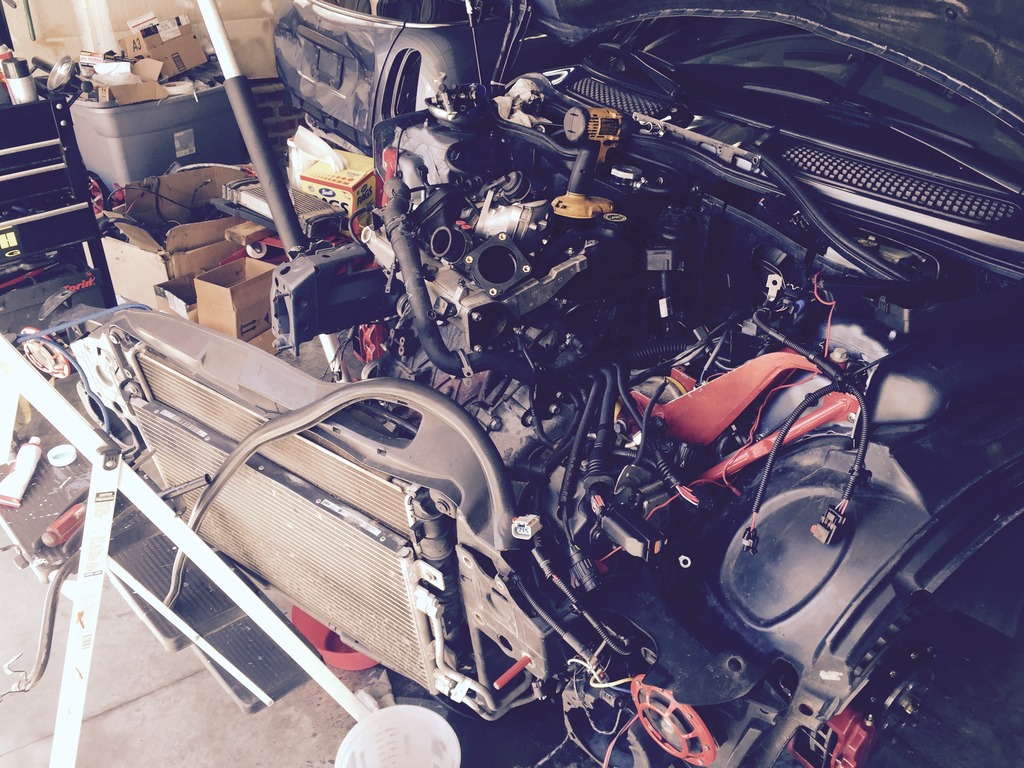 Blimey has been throwing P0326 codes this week – knock sensor. I used the knock sensor from the GP, along with the GP wiring harness. I suspected that maybe the sensor had a problem, so decided to swap it with Blimey’s old known good sensor. I also got a new manual transmission engine harness, since several connectors were broken on the GP harness. And a VibraTechnics transmission mount, and a new coil as PM (since I was still running on Blimey’s original coil).

After pulling the intercooler, I looked down through the intake manifold at the knock sensor. And saw my problem. The bolt hadn’t been tightened, and had backed halfway out. Knock sensor was just rattling around in there. In the melee to put the car together last weekend, I overlooked tightening what may be the hardest bolt to access on the whole car. Doh.

After trying for half an hour to figure out a way to get the bolt tightened though the tiny gap, I decided that wasn’t happening, and proceeded to tear into it. The supercharger has to come off to get to the knock sensor. Which means draining coolant (again), pulling the belt and tensioner (again) etc. To do the rear parts of the wiring harness, you need to access the starter. Which is easiest when the header is out of the way.

While I was at it, I installed the new engine harness, the VT mount that arrived this week, and took some time to blast and paint my engine and tranny hard mounts.

Ran out of time today just as I got everything back together mechanically, and got the coolant refilled. Tomorrow I’ll fire it up, bleed the cooling system, check for leaks and other issues, and finish buttoning it back up. 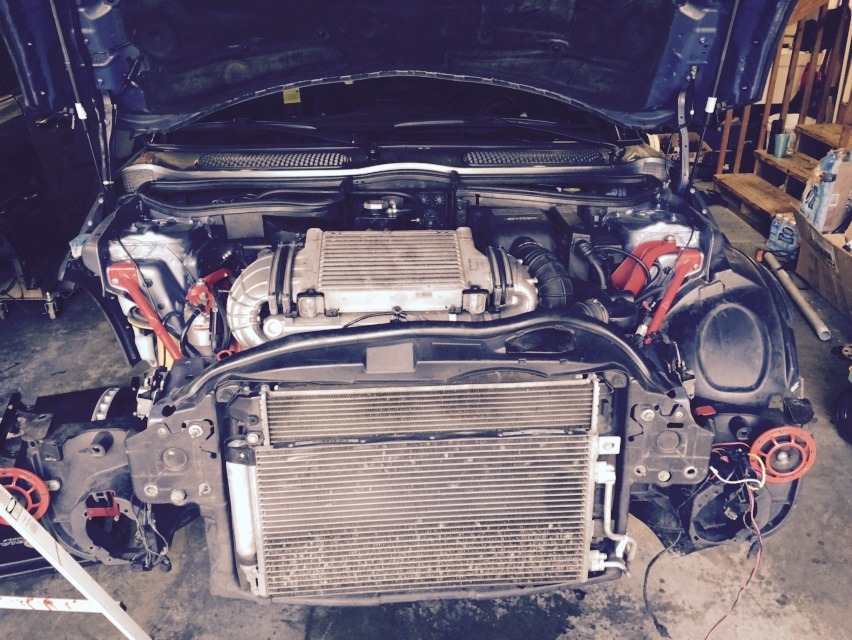 Having a fresh engine harness on a nine year old car is NICE. It’s been years since all my plugs worked as they should, all the various cable clips and stuff were really right, etc. It’s almost like working on a new car again, now.