After a morning in the office, spending the afternoon in the engine shop. 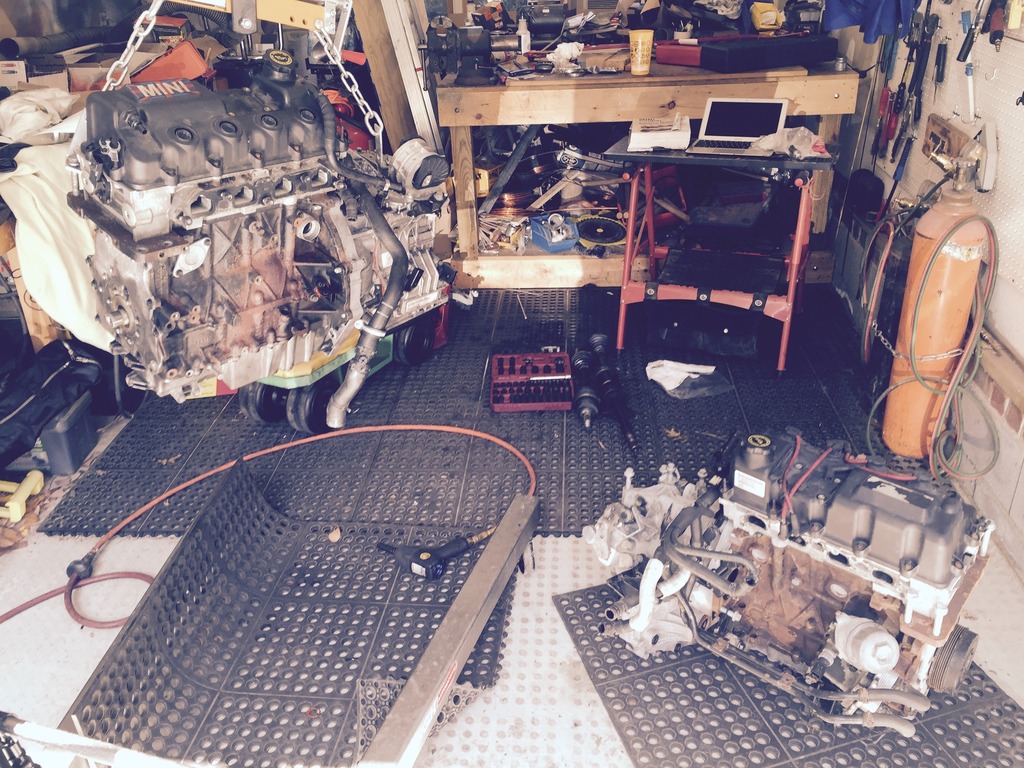 After some thought and inspection, decided to stick with the Blimey engine for now. I just reconditioned it recently, it’s running very strong, and I know how well it has been maintained. After looking at the heads, I think my current head is at least as good as the GP’s, probably better. And far less rust and corrosion. I’ll save the GP engine for a later build core.

So, swapping over all the manual stuff – mostly coolant and oil systems and brackets. Plus the tranny.

Sensing its doom, the torque converter expels all its bodily fluids, in a final act of defiance. 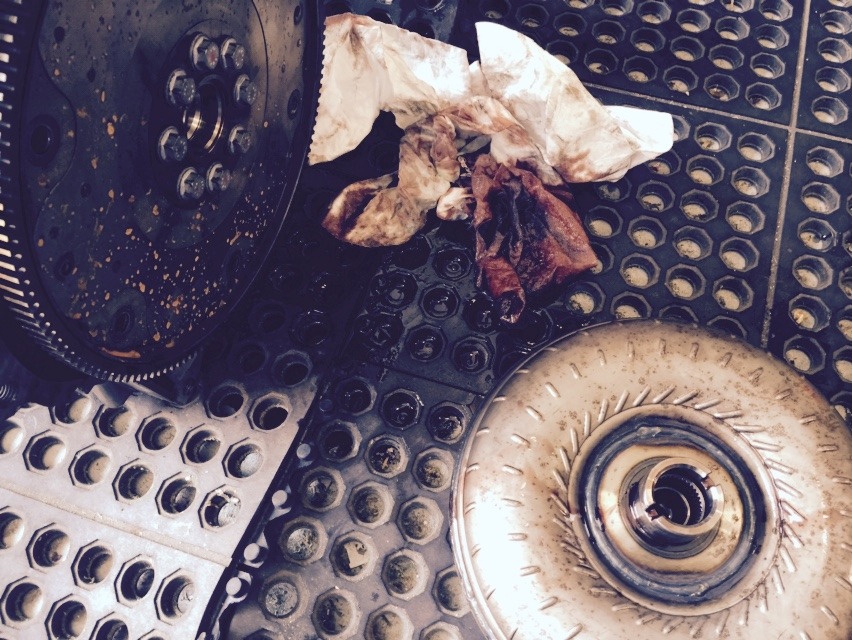 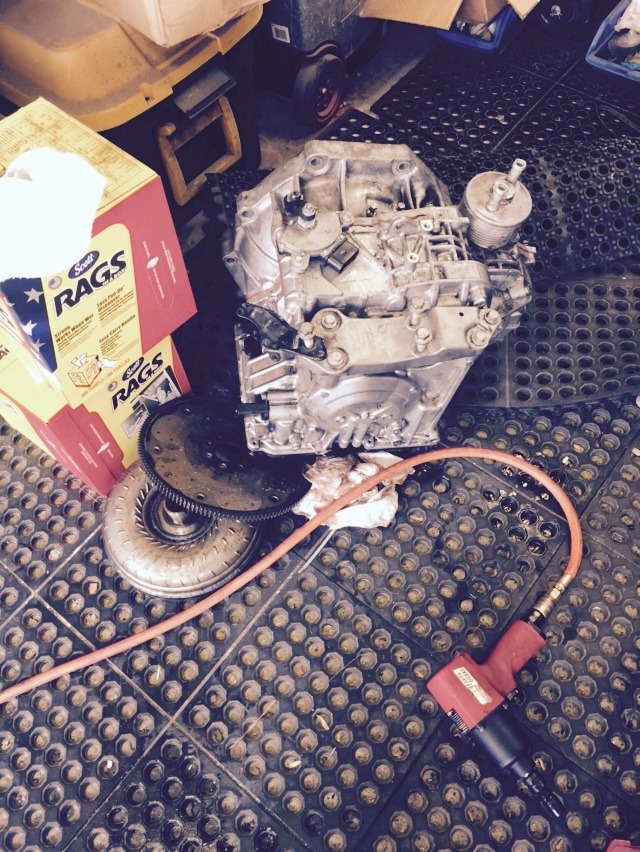 Starting on the manual… this is gross on the inside. 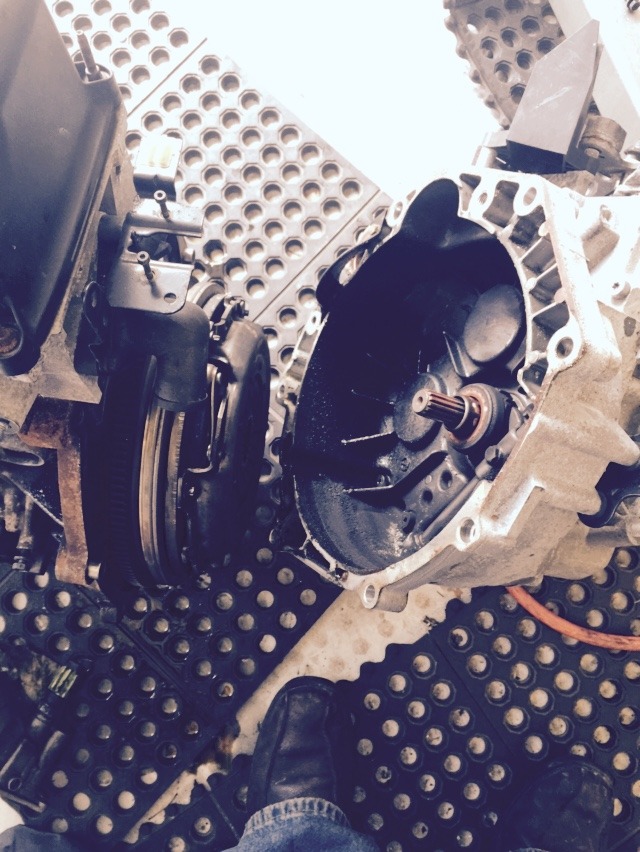 An hour later, nice and clean (mostly), with all new seals, guide tube, and bushings. 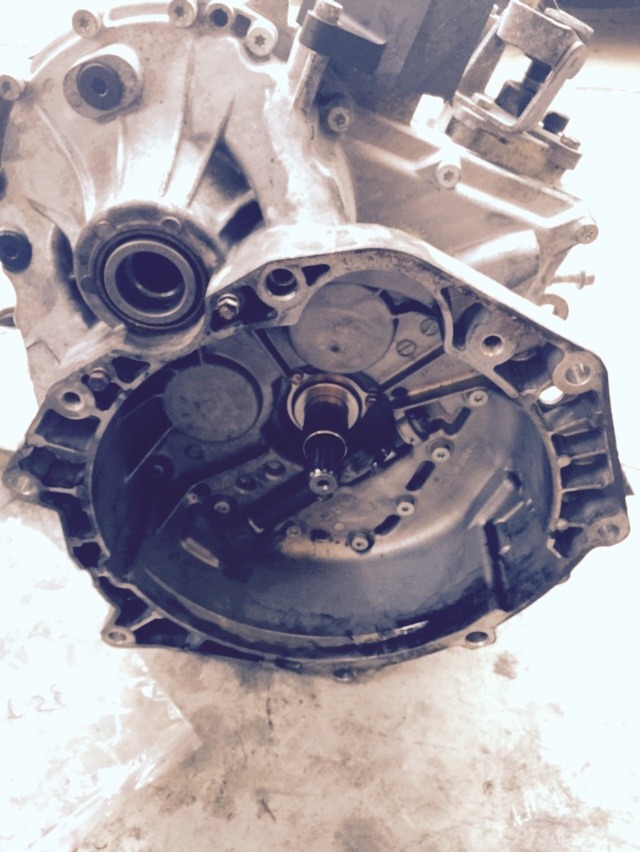 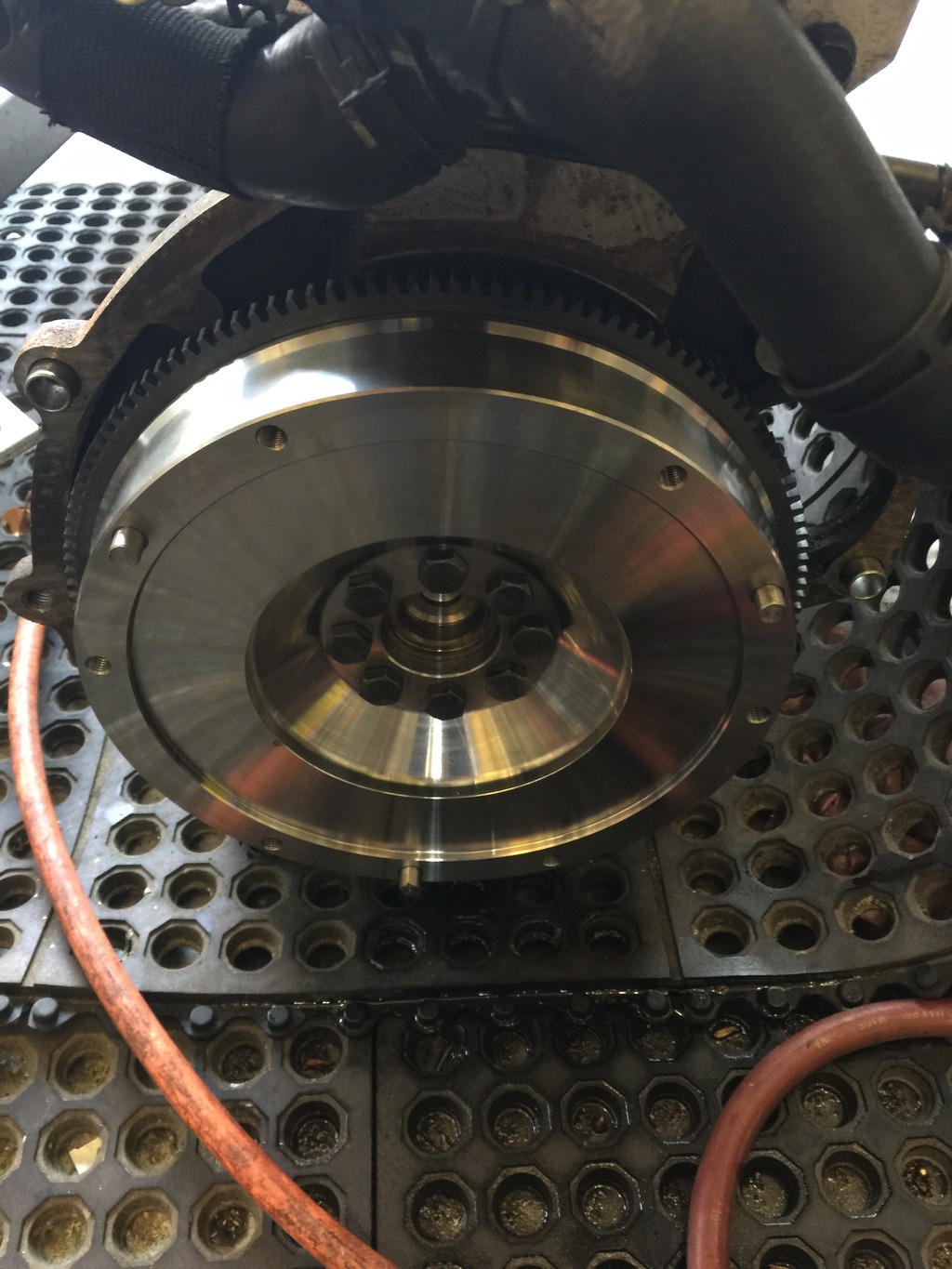 Had some issues with the clutch combo I was going to run (Valeo kit, with the Clutchmasters flywheel I already had). Clutchmasters uses stock-size studs and bolts. Valeo uses smaller ones. Flanges on the Valeo pressure plate are so small, that if I drill or ream them there won’t be much metal left around the holes. So the Valeo kit is going back, and I’ll have a Clutchmasters kit on Thursday to finish the clutch install.

In the meantime, I’ll get the rest of the engine reassembled and ready to go, and will work on the engine bay, pedals, and shifter.