Aaron was kind enough to let me test the fitment of his production samples of the column mount tach and speedo pair – for cars with the Cockpit Chrono Pack or Nav. These should be available soon from Outmotoring. If you reviewed Matt’s outstanding how-to on NAM, you would be able to figure this out yourself – but here are a few pointers and pics.

The gauge cluster comes off just like the single tach – lower the steering column to the lowest position, remove two screws behind the gauges (on mine, they were T-25 torx), and unplug the wiring harness. Now you can take the gauges to a counter or workbench to complete the mod. Here is the “before” view: 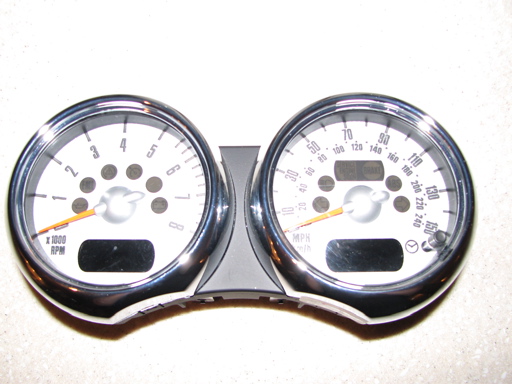 The back has FOUR Phillips head screws – remove these: 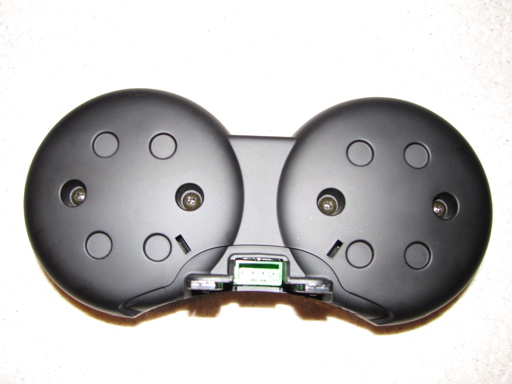 And on the bottom, there are TWO clips – one may be covered by a sticker. 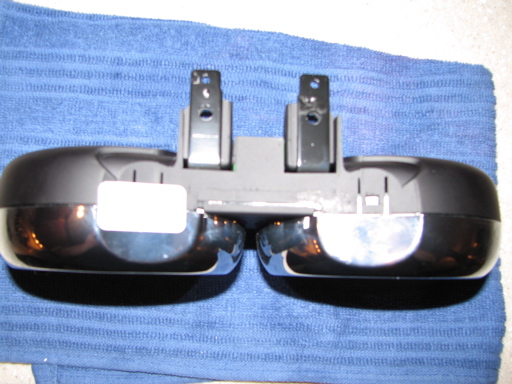 Gently pry these up (ideally with the tape-covered small screwdriver Matt mentions) and the back “shell” will pull right off. You end up with this:

Now it gets a LITTLE trickier – the front bezel assembly is held on by FOUR black spring clips. Mine was ALSO held on by a strip of double-stick tape between the two gauges. So you’ll gently release the clips and the sides will start to pull apart, but then you’ll meet some pretty strong resistance. I looked, and looked, and looked for something else that might be holding it – but after finding no other clips or screws that did anything, I held my breath and pulled harder (with the clips still released) and it came apart. I don’t think the tape really does anything… except make you hold your breath when taking it apart… Once apart, you have this: 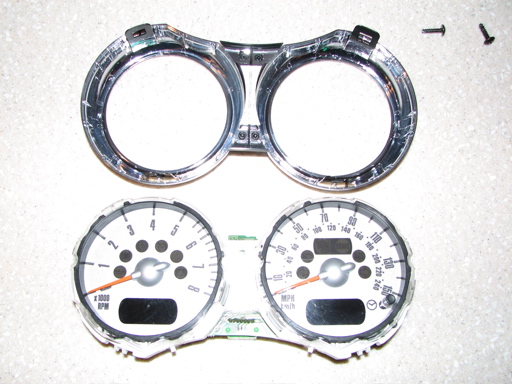 From here on out, it’s EXACTLY like the tach installation, except doubled. The clear “domes” and the black rings just lift off. You GENTLY pry the needles off (another breath holding moment, as mine were stuck on there quite tightly), and the faces easily peel off. The new faces slip on snugly over the needle “hub”. With half the prying and peeling done, and one side completed, it looks like this: 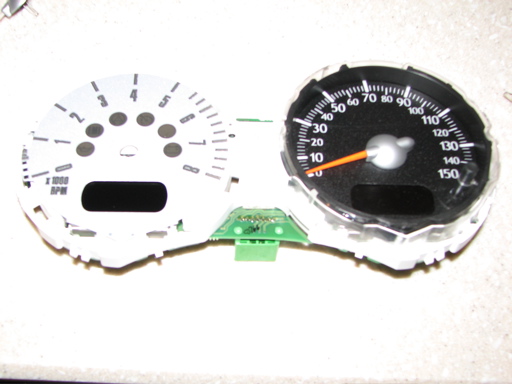 With the second face and needle replaced, you have this: 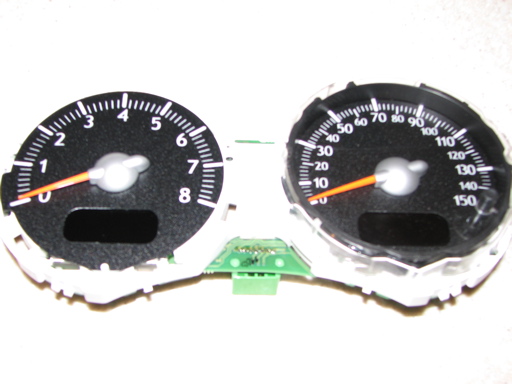 And after reversing the disassembly of the shell, you have your completed gauges. 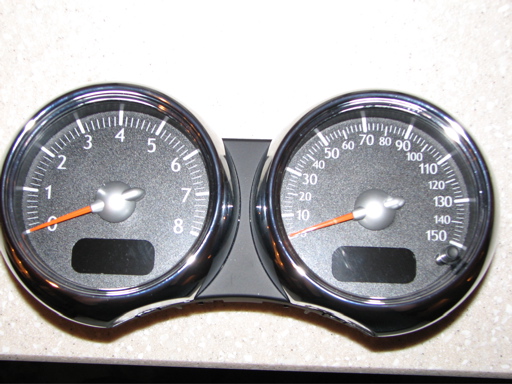 Now, while it was quite easy and fulfilling to put this back together the first time on the counter, in my experience, it’s IMPOSSIBLE to do this without slightly rotating one or both of the needles – which will make your “zero” point off when reinstalled in the car… So the most efficient approach to reassembly would be:

1) strip down to the gauge faces

2) install the new faces – NOT the needles or anything else

3) take it back to your car – with the needles – and plug in the wiring harness.

6) carefully slide on the needles, precisely pointing at zero

9) unplug the harness (making sure NOT to bump the needles)

10) carefully reassemble the gauge shell, making sure NOT to bump the needles.

11) reinstall the gauge cluster and test once more. All should be well.

I LOVE the improvement in appearance and readability that this provides! 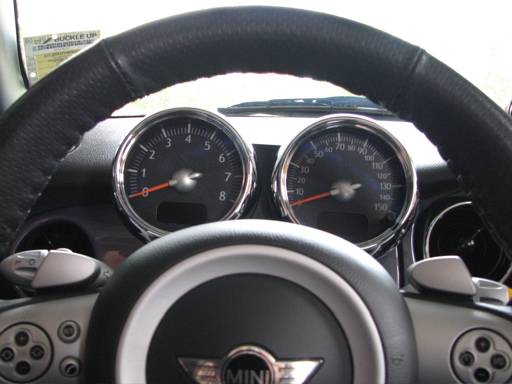 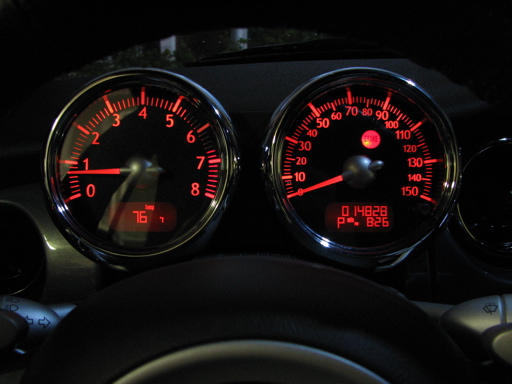 Now I just gotta do something about the Cockpit Chrono gauges – which look considerably less cool in comparison.